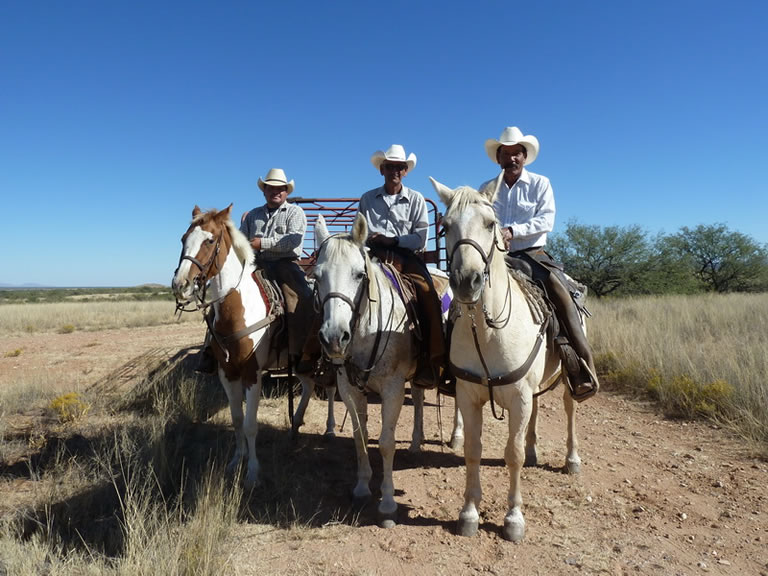 “Are cows allowed on the Refuge?” I asked our volunteer coordinator at Buenos Aires National Wildlife Refuge.

Buenos Aires NWR was created in the late 1980s from a 110,000 acre ranch 60 miles south of Tucson, Arizona. Lush grasslands kept free of trees by natural wildfires had enticed cattlemen to settle in this area in the late 1860s to raise beef and sheep. Following a period of drought in the late 1800s that caused the death of half the herd, the surviving cattle ate the remaining vegetation. Returning rains eroded the barren soil and carved gullies in the terrain. With little vegetation left to feed native species, mesquite trees spread into former grasslands. U.S. Fish and Wildlife bought the ranch to restore habitat for endangered species, especially the masked bobwhite quail. The restored habitat also benefits other species from snakes to pronghorn.

While cattle had dominated this land for a hundred years, at this point they do not fit in with the master plan for the Refuge. But the day before I spoke to our supervisor, I had come across a large mound of droppings that looked very much like it had come from a bovine. Flies hovering above it led me to believe it was fresh, confirmed when the toe of my boot sank a couple inches into it. Close by, I spotted large cloven tracks and followed them up the road until they became indistinct.

Three days later, while walking toward our camp compound, I noticed three large brown animals standing in a mesquite grove. They were, indeed, cattle, and I relayed their location to Refuge staff who passed it along to wildlife officers.

As I walked to the Refuge visitor center two days later, I was surprised to see horses and riders approaching. Three vaqueros riding toward the last location of the cattle stopped as they came abreast of me. They didn’t have to tell me what they were looking for.

“The cattle were in the Aguirre Lake parking area two days ago,” I told Caco, the head wrangler, who let me pet his gray horse and offered me a chance to hop on behind him to search for the strays. “But I haven’t seen them since.”

The three vaqueros rode on while I continued to headquarters. Several hours later, on my return, the vaqueros were returning to their truck. “We did not find our cattle,” they said. “There were no fresh tracks.” 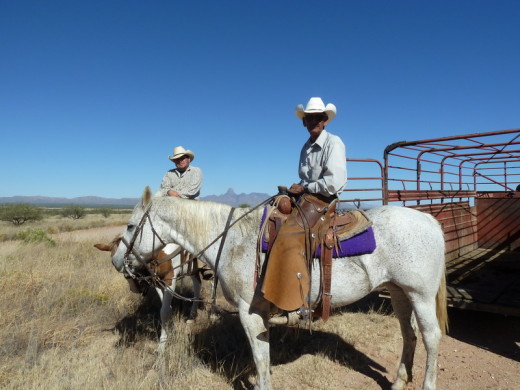 It was not surprising on a tract of land this large that three animals might prove difficult to locate. Caco gave me his phone number in case the cattle reappeared.

I have since learned that it is not unusual for cattle to stray onto the Refuge. Only a barbed wire fence, some possibly in disrepair, separates the Refuge from neighboring ranches’ open range cattle. On the other hand, while it is preferable to maintain the Refuge for native species only, the sight of cows and vaqueros brought to my mind the Old West. And for a fleeting moment, I was transported back in time……………. Maybe next time I’ll hop on behind the vaquero!

2 thoughts on “Cows on a Wildlife Refuge”