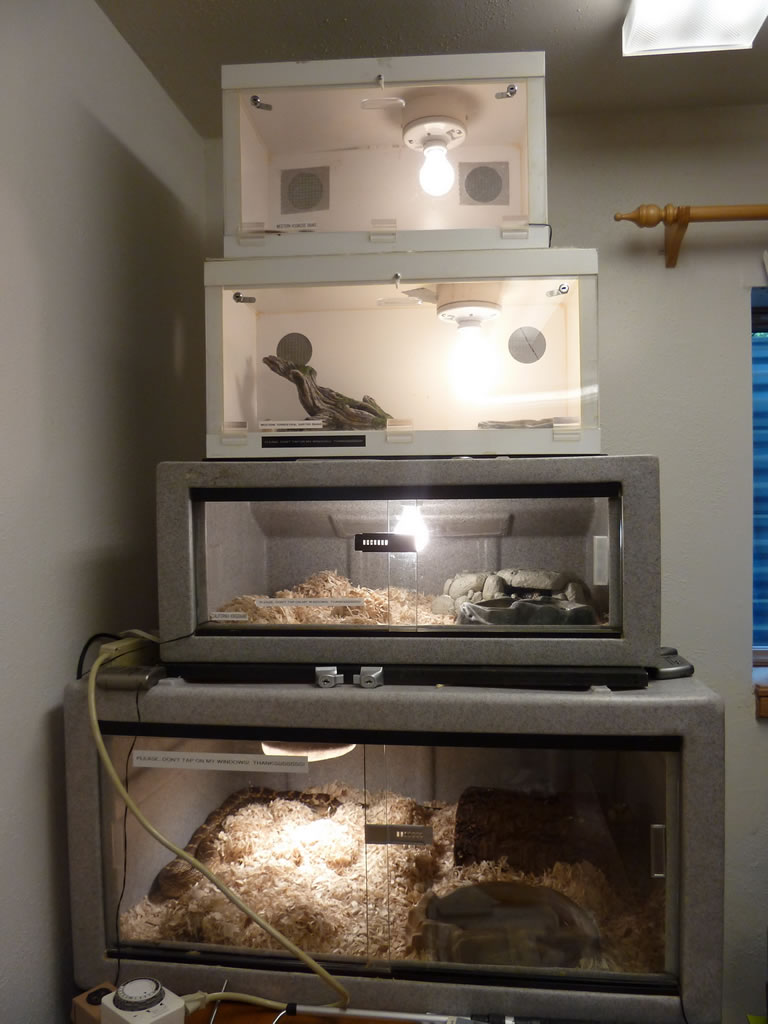 Occasionally, people refer to our snakes as our “pets.” While we value them and care for them, we never consider them as pets. Instead they are our “education animals.” When a child tells us, after our reptile program, that he (we’ve never had this thought from a girl) thinks it would be cool to have a snake for a pet, we try to discourage it.

“Snakes can outlive any normal pet such as a dog or cat by as many as 10 years,” Chuck tells them. “If you get a snake when you’re 10, it’s likely you’ll be leaving home within the next 10 years or less. Your parents probably won’t want to keep it. Mine didn’t!” And most moms will not be willing to part with a section of their freezer to store mice for the reptile. 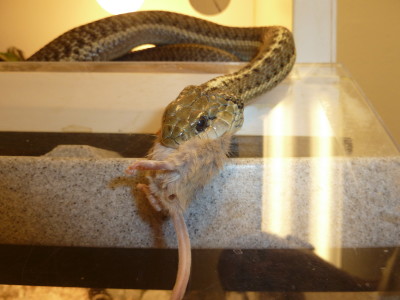 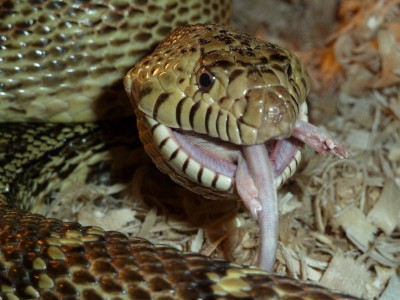 Snakes are not fond of being handled. Rather, they prefer to live their lives unencumbered by human interaction. “You can’t cuddle with them,” says Chuck. “They won’t chase a tennis ball or Frisbee. They don’t come when they’re called.” In fact, snakes don’t show or require affection. They also have a narrow range of environmental requirements in regard to their housing, their food, and their temperature.

Locating care for an ill snake is also difficult. “Very few veterinarians are skilled in treating ailments common to snakes,” says Chuck. At any rate, snakes don’t generally show symptoms until it is too late to administer treatment.

So how would a child discard a snake when he no longer wants it or is unable to care for it? Releasing it into the wild is not an option. “Releasing pet snakes into the wild is quickly becoming a major problem in the United States,” says Pet-snakes.com. Reasons for release include the snake being too large to house, too expensive to feed, and too dangerous to handle. Another reason often includes a change in the owner’s living situation. “Finding a place to live that allows snakes is a difficult task at best,” says Pet-snakes.com.

Even so, releasing a captive snake into the wild could be a death sentence for the pet snake and for wild snakes, as well. “The captive snake is not adapted to hunting on its own,” says Chuck. “It might not be native to the area. That’s not good for the snake or the environment because it could compete with the native species.” The released snake could also be susceptible to disease and parasites for which it has no resistance.

Options for locating a new home for the snake could be slim. Most zoos have no room or desire for a common species of snake, and rescue shelters could be full or unable to house the species. Finding someone capable and willing to care for it could also be difficult.

So what’s left? Avoiding acquiring the snake in the first place is the best option for a child unless he is a serious herpetologist. Impulse buying can result in problems for the child and his family, as well as problems for the reptile.

Any child considering adopting a “pet” snake should first decide why he wants one, check with his parents for their approval, and then research the care and feeding of the animal, as well as the dangers and prohibitions of releasing the snake into the wild if he changes his mind.

It’s only fair to all concerned.

2 thoughts on “Pet Snakes for Kids”