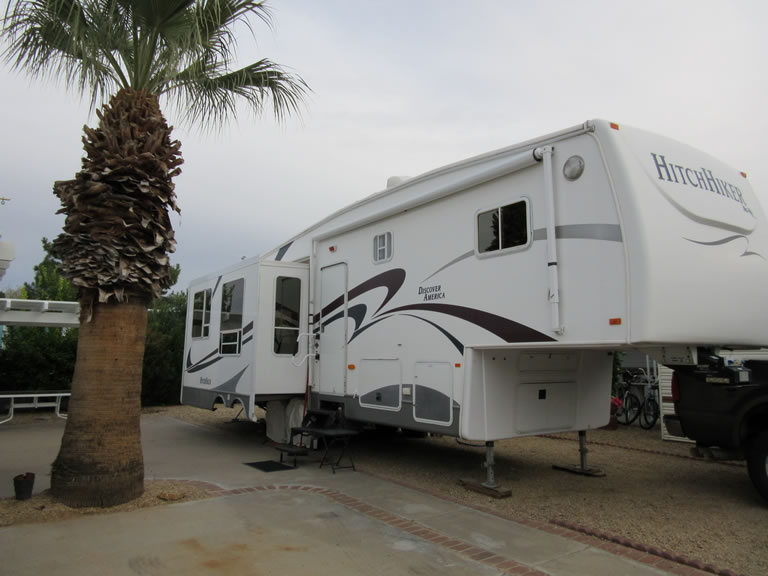 “Do you have any pets?” our neighbor asked as we settled our rig into the site we planned to occupy for four months at an RV resort near Phoenix, Arizona. The man’s Jack Russell terrier left his side to retrieve a toy in hopes of engaging us in play.

“Uh……no,” we responded, wondering how he and his wife would react to discovering that we stored five snakes in their cages in the basement of our fifth wheel.

While we have always considered these animals as educational specimens and working partners, never pets, we understand that many people fear these slithering reptiles. In reality, however, these animals pose much less of a threat than the neighbor’s dog. Our snakes are always in locked cages; dogs can run loose. The snakes never utter a sound; barking dogs can interrupt naps and prove irritating. Confined snakes are not able to attack people; dogs can inflict nasty bites or even kill. Snakes defecate in their cages; dogs can wander into another’s site to relieve themselves.

So why are we reluctant to admit that we house five snakes, even though they are all nonvenomous? Every dog or cat owner in this park would proudly display their animal for all to see and admire. And yet many of them would recoil if we even mentioned that we harbored snakes.

Perhaps our fear of what others would think is as irrational as their fear of snakes. But experience has taught us that many people don’t want to be anywhere near these serpents – not even in the same time zone – and they often consider us eccentric and unorthodox. After all, normal people prefer furry creatures that sit in a lap and respond to affection.

A couple days after we settled in, our neighbor engaged Chuck in conversation, and Chuck took the opportunity to ask him if he had ever seen any snakes in the RV park. “There was a gopher snake down by the rec center last year,” he admitted. “Someone captured it and turned it loose on the golf course.”

Chuck was pleased to hear that the snake wasn’t beheaded, but as yet he did not feel comfortable admitting that we keep snakes of our own. It’s difficult to tell what someone’s reaction might be.

So, for now, we will keep our secret. And, certainly, the snakes won’t let on.

2 thoughts on “Snakes at an RV Resort”