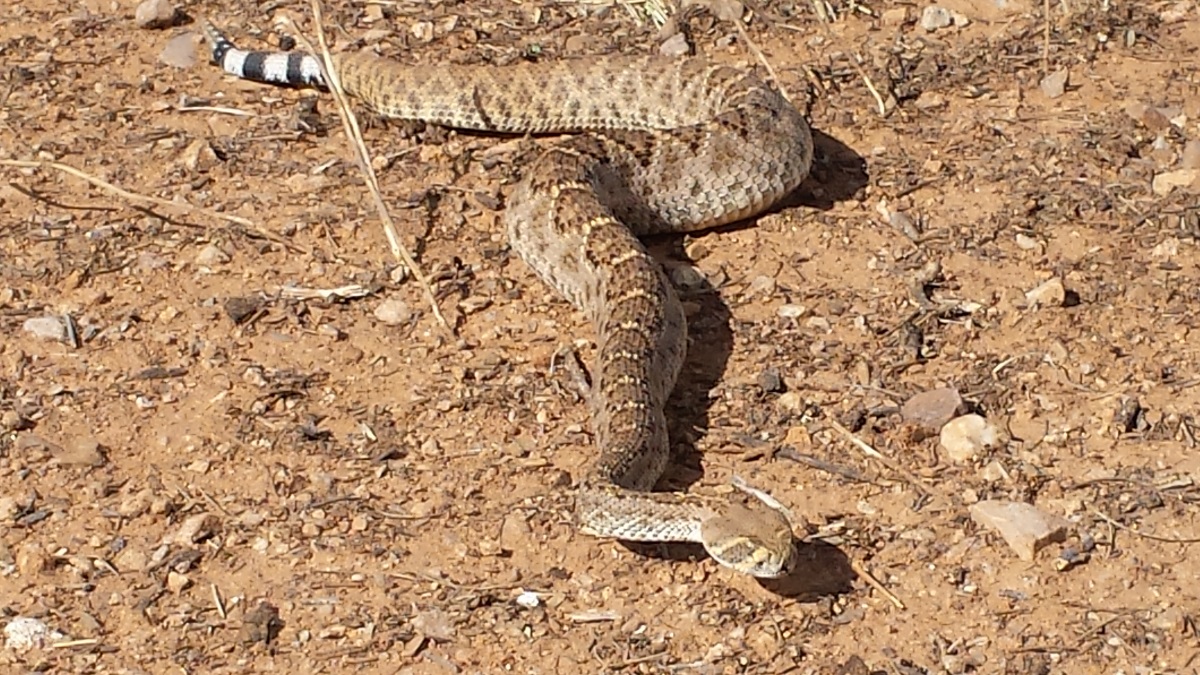 “There are usually only two reasons a snake will bite,” Chuck tells people. “They bite to protect themselves or to get food.”

A visitor to a regional park near us was recently bitten for one of those reasons, even though he likely thought he was doing the right thing. Laced with hiking trails, the park’s thousands of acres of native desert vegetation is perfect habitat for snakes. And warmer weather is encouraging reptiles to emerge from hibernation.

Several rattlesnakes have been sighted recently in this park, and one in particular stretched across a popular trail. Concerned for the welfare of other hikers, as well as the welfare of the snake, the visitor picked up a stick and prodded the snake to persuade it to move away from the well-traveled trail. The snake obliged by slithering into a nearby creosote bush where it felt safe.

To ensure that the snake was far enough away, the visitor left the trail, following the snake, and probed into the bush to convince the animal to keep moving. Emboldened by the cover of the creosote bush and still feeling threatened, the rattlesnake lashed out, injecting venom into the visitor’s thumb.

“A better strategy,” said a park ranger, “would have been to stand by the trail to warn hikers of the snake’s presence and also educate people to leave it alone and give it wide berth.” By following the snake into covered habitat, this visitor not only lost an educational opportunity, but agitated the snake into defending itself, resulting in a hospital visit with a hefty price tag.

“I’m afraid to hike the trails,” one woman recently told me, “because I might encounter a snake.”

So, what’s the best thing to do in this instance? The ranger had the right idea:  Leave the snake alone, give it plenty of room, or retrace your steps back down the trail. We prefer standing at a safe distance and observing the snake’s behavior. Chuck carries a snake hook that can safely move a snake off the trail if absolutely necessary, but we would never consider following it into its cover to urge it to move on.

While the visitor had good intentions at heart, it would have been better and safer to remain on the trail once the snake slithered away.