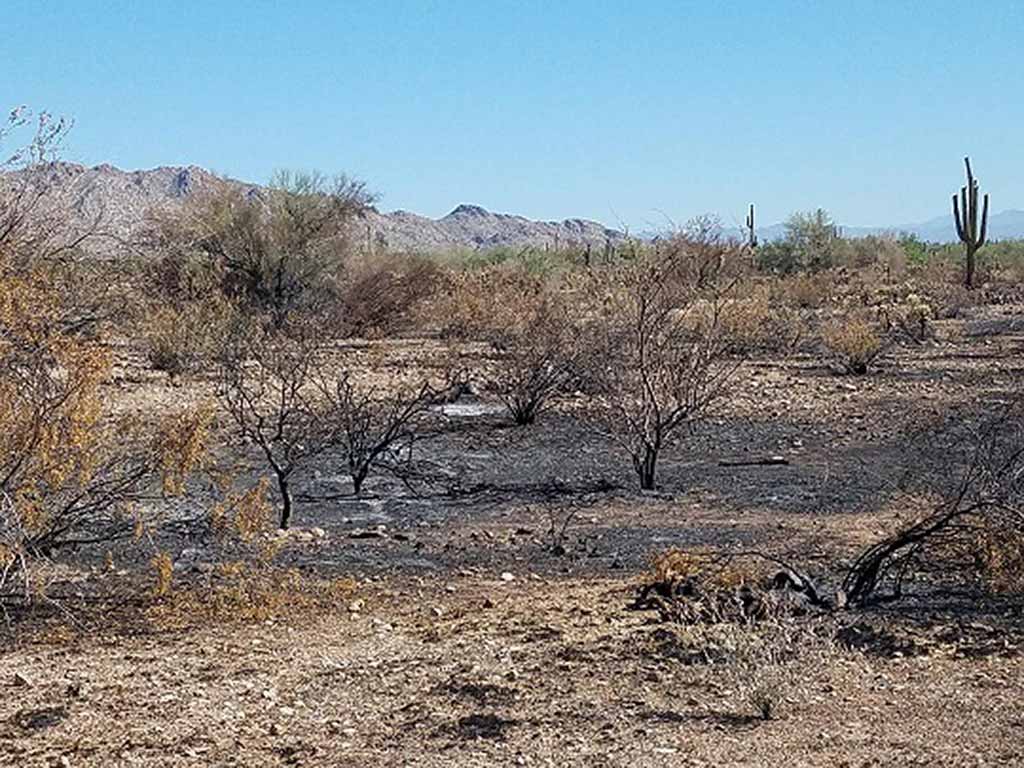 Fire season seems to be arriving early this year as crews battle several in the area. Just a few weeks ago, a fire started at White Tanks Mountain Regional Park and charred over 100 acres across one of our favorite trails in the Park.

Shortly after the fire was extinguished, Chuck and I joined a group assembled to collect seeds from desert plants. As the group’s leader instructed us in the art of seed collection, it occurred to me that I had no idea why we were doing this. My original thoughts might have centered around harvesting as many invasive seeds as possible to prevent their germination and spread of plants. But when our leader mentioned obtaining seeds from native species (brittlebush, bursage, etc.), I was at a loss.

“What are we collecting for?” I asked, feeling a little silly that I didn’t know and was concerned that I was the only one in this quandary.

“We’re harvesting seeds to spread across the burn area to help restore the vegetation,” she answered.

With this worthy goal in mind, we grabbed a bucket and wandered up the trail and off to the sides in search of plants with seeds ripe for picking. For bursage, we merely needed to run a gloved hand over the pods and let the seeds drop into the bucket. Scraping the tips of flower stalks on brittlebush produced the same results. It wasn’t long before we had nearly half the bucket filled.

“You can do this by yourselves any time,” said Ranger Justin as we walked back down the trail toward the parking lot after a couple hours of collecting. This could be done in combination with a hike, we decided. “We need Palo Verde seeds, too,” said Justin as he described how the pods would crack open when gently squeezed if the seeds were ready to harvest.

Several days later, our first attempt with the Palo Verde seeds during a hike demonstrated what Justin meant. When I plucked the first pod from a Palo Verde tree and pressed on the edges, it remained closed and flexible. I tried again with several other seed pods before discovering one that was dried and popped open when pinched. The seed burst from the pod and bounced onto the ground where it disappeared as it blended perfectly with the rocky floor of the dry wash where we stood.

“Better to open them in the bag,” I mumbled, and subsequent seeds fell into the Ziploc bag we carried. Careful not to remove too many seeds from one tree, we ambled down the wash that was lined with Palo Verdes and removed several pods from each tree, breaking them open as we went and allowing the seeds to fall into the bag. 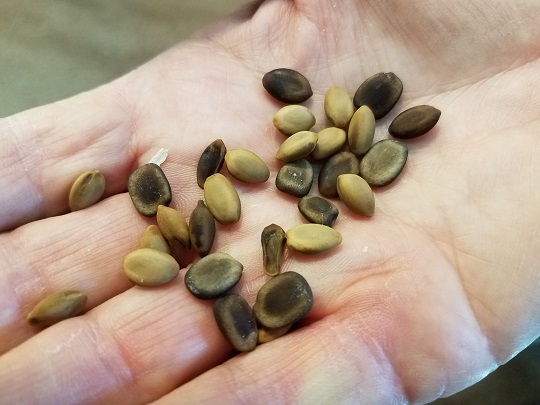 Although the fire saddened us, collecting seeds and knowing that they will generate new growth to restore the burned area buoyed our spirits.  We look forward to again hiking through desert terrain on one of our favorite trails as new vegetation springs to life. 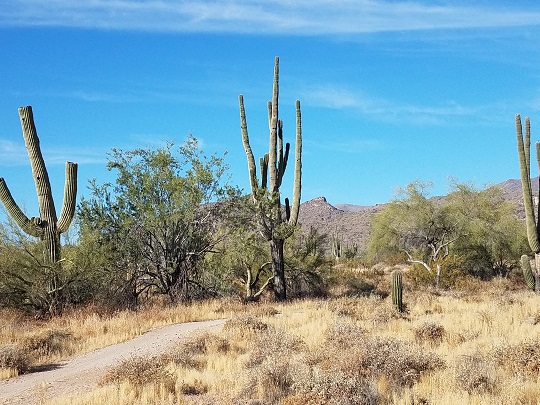 2 thoughts on “Renewing After Fire”